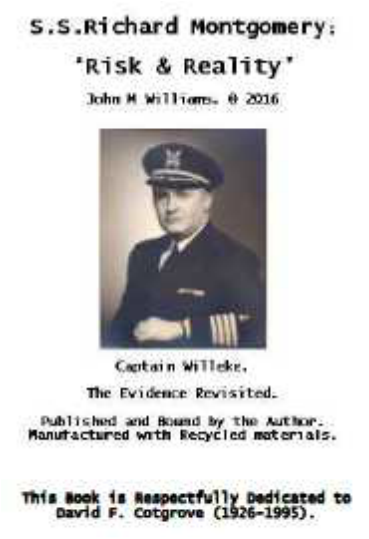 He was Made an Honorary Member of The Masonic Club Southend, Service Number 771343. Issued membership October 31st 1944, for the duration of the war. By S. Watkins, Secretary.
Captain Willecke returned to the U.S on the 12th of December 1944. He traveled on the John Erickson departing from Southampton on November 30th 1944.                The Ships records refer to him as ‘Ex Richard Montgomery Cap’. This information furnished by a Willecke family member. 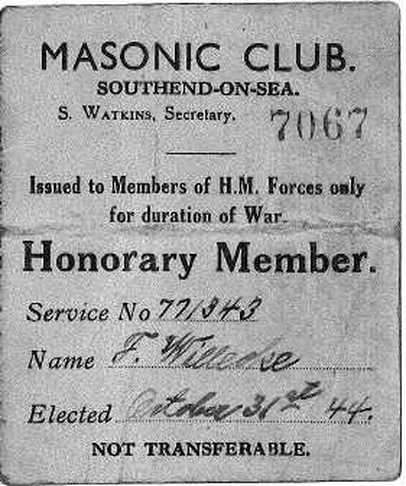